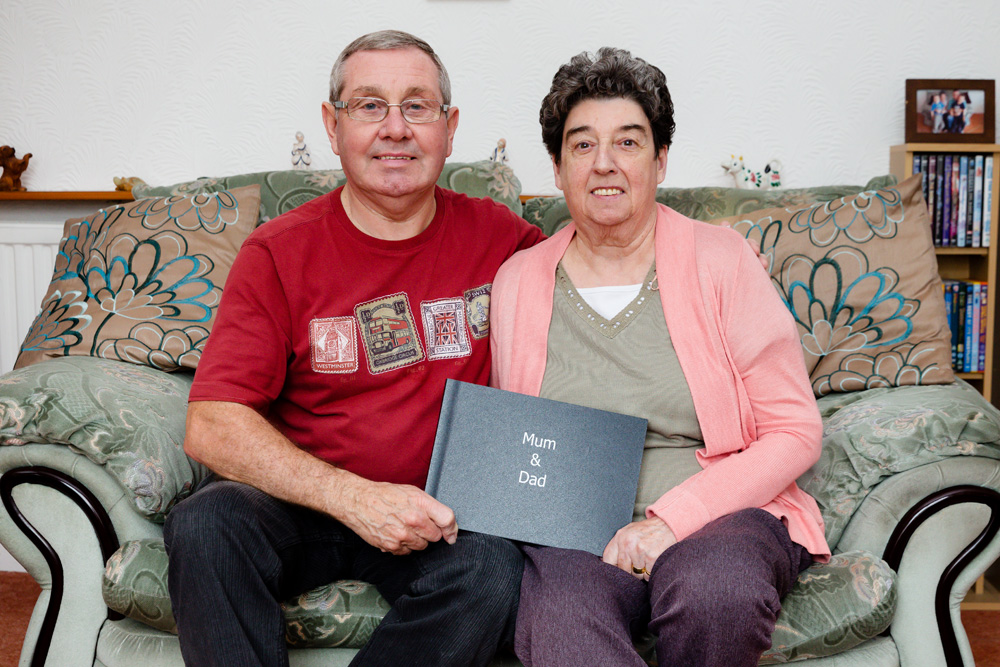 The 43 year wait for their wedding photos

My Mum and Dad reunited with their wedding photos after 43 years.

As a wedding photographer I deliver my photographs to my couples in around 4-6 weeks; this gives me plenty of time to ensure the highest quality post production work is carried out and nothing is rushed. Now, imagine waiting 2,236 weeks for your wedding photos…well that’s what my Mum & Dad had to do before I reunited them with their treasured memories some 43 years after they were married.

I popped round to see my Mum & Dad a couple of weeks ago; my Mum had been clearing out an old wardrobe and she’d found something that she assumed had been lost forever. She passed me this box of old Kodak film slides with ‘Margaret Wedding 1973’ faintly written on the side. 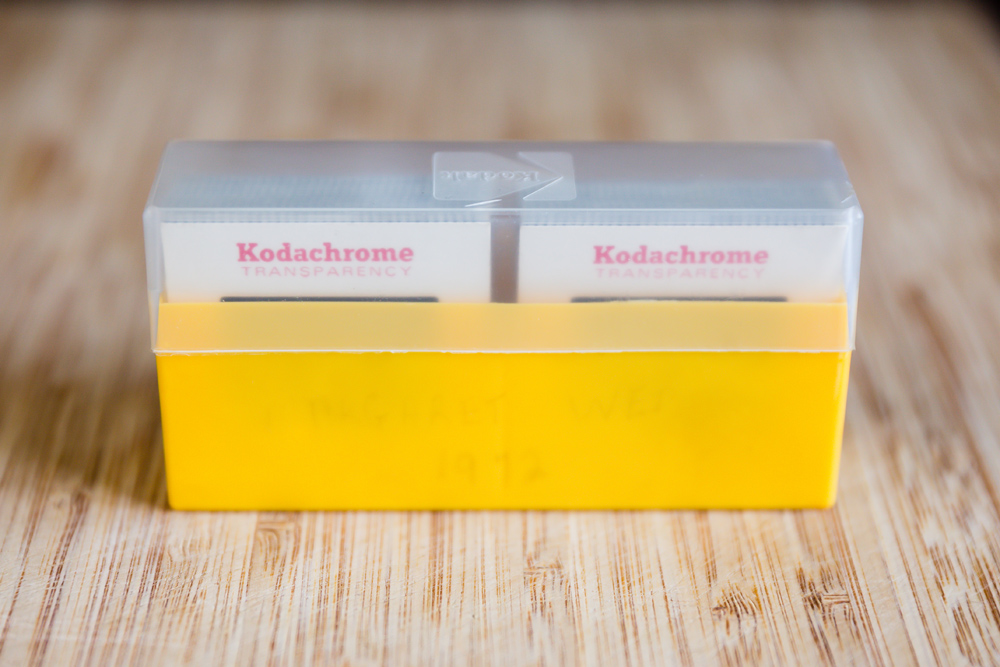 My parents were married at St. Margaret’s Church in Whalley Range, South Manchester, way back in September 1973 (I was born in 1976). They’d never seen these photographs that were taken by a friend of theirs who has now sadly passed away. Kodachrome film slides, or transparencies as they were sometimes referred to, were introduced by Eastman Kodak in the 1930’s, in the days before digital this type of film was widely used all over the world and I recall buying rolls of it myself in the early 1990’s when I first became interested in photography whilst at college.

My Mum wanted to know if I knew a way of ‘developing’ these old Kodachrome transparencies, after a little research on the internet I discovered that a professional print laboratory in Didsbury called DS Colour Labs had the equipment to scan these old slides and convert them to digital images. So, I took the box of slides to the lab eager to see what treasures these old negatives contained. 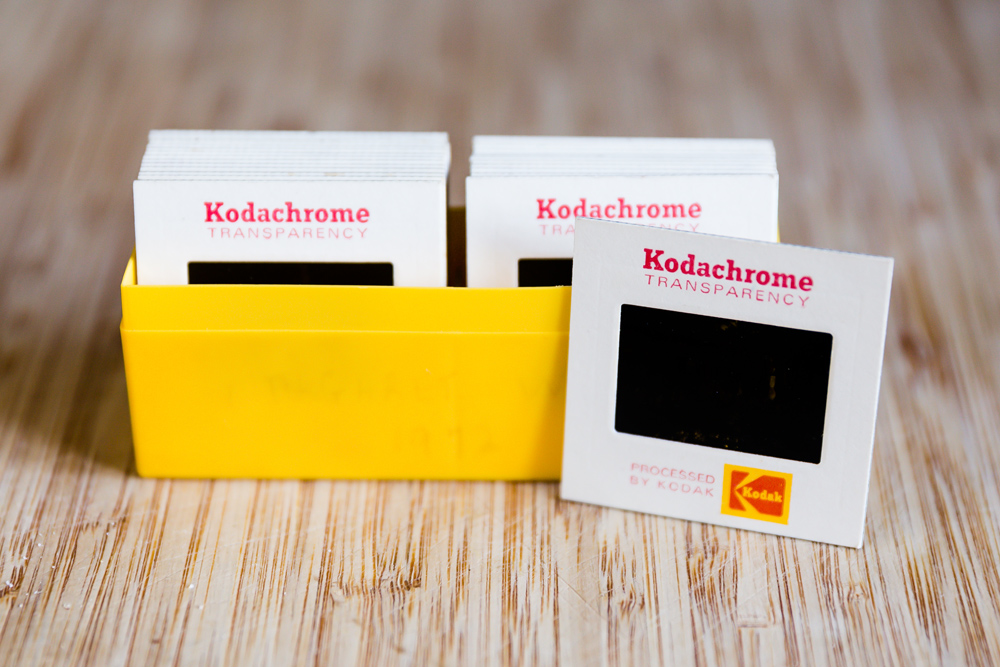 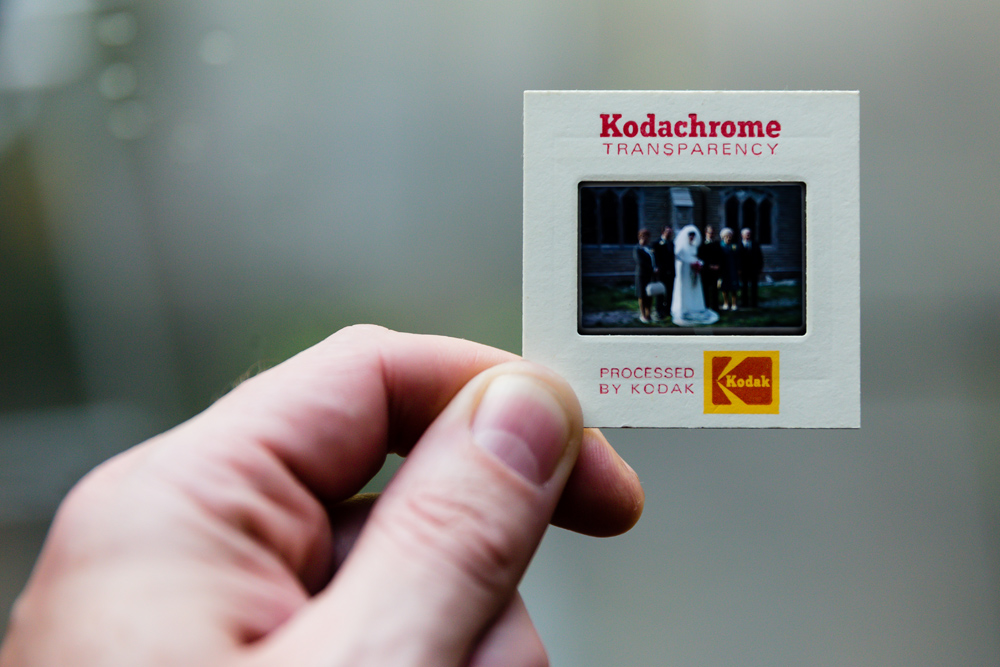 A week later I got a call from a very helpful chap called Brian at DS Colour Labs informing me that he’d scanned the slides and I could now pick up the CD containing the digital photos. All this for the bargain price of £45.50…to be honest I’d have paid £450 such was the importance of these truly priceless memories!

Below are a few of the images that were unearthed after over 40 years in the back of a cupboard at my Mum & Dad’s home in Failsworth, Manchester: 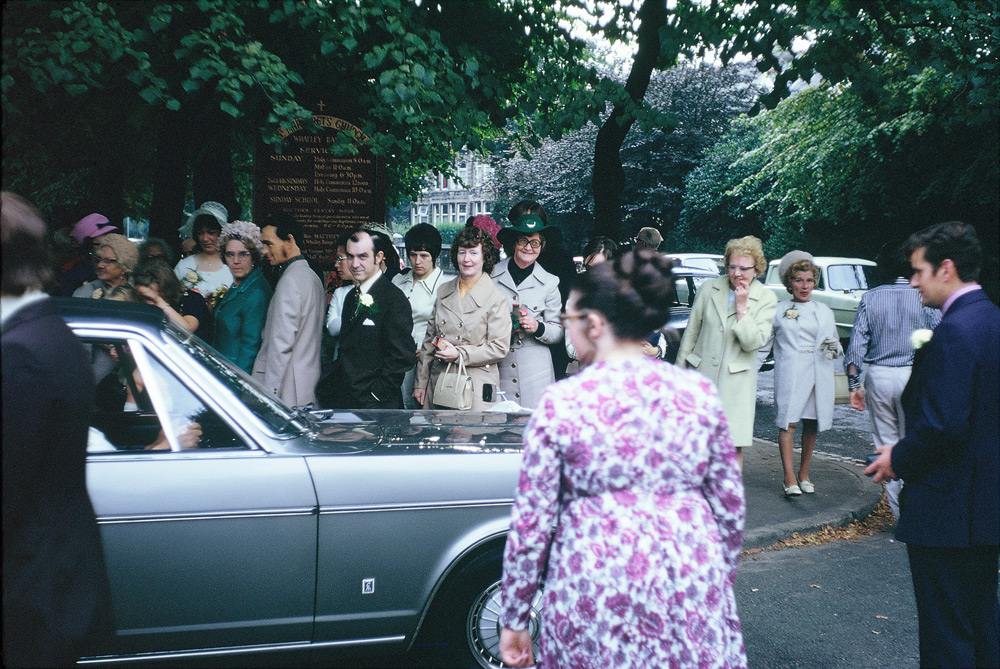 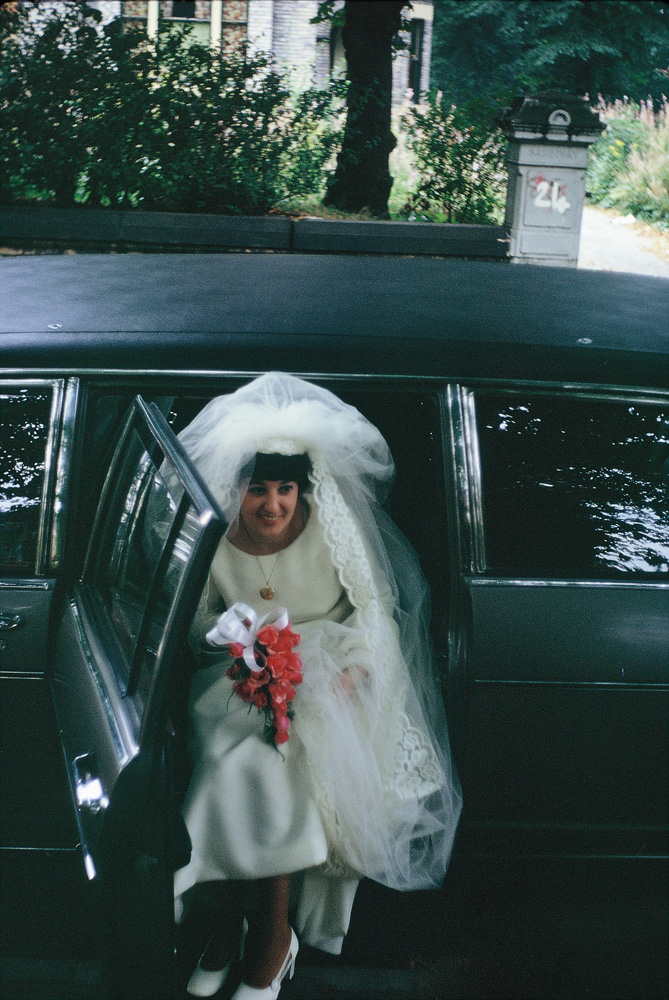 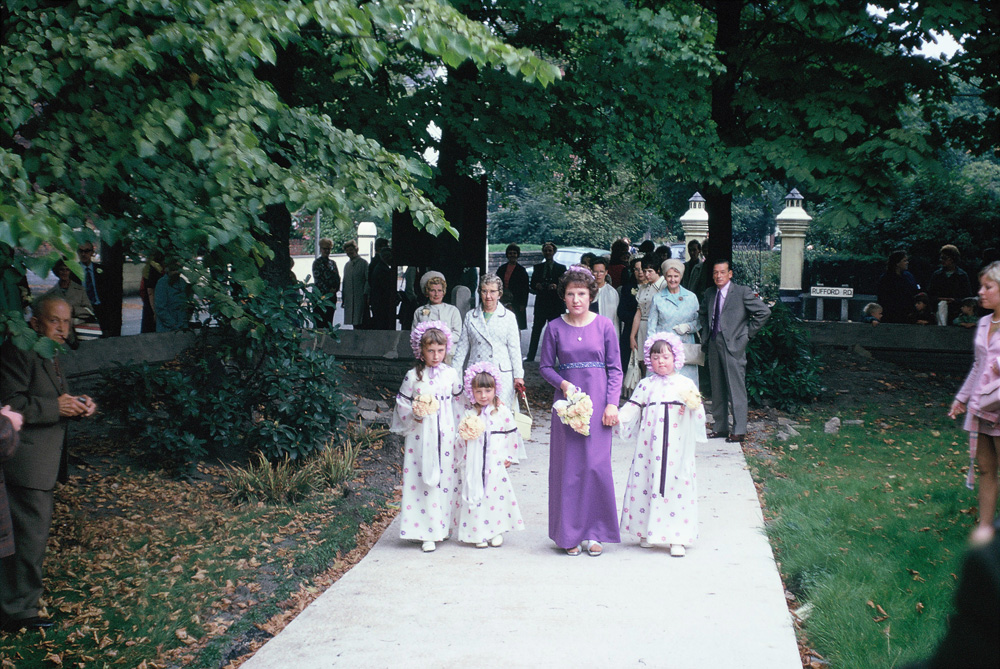 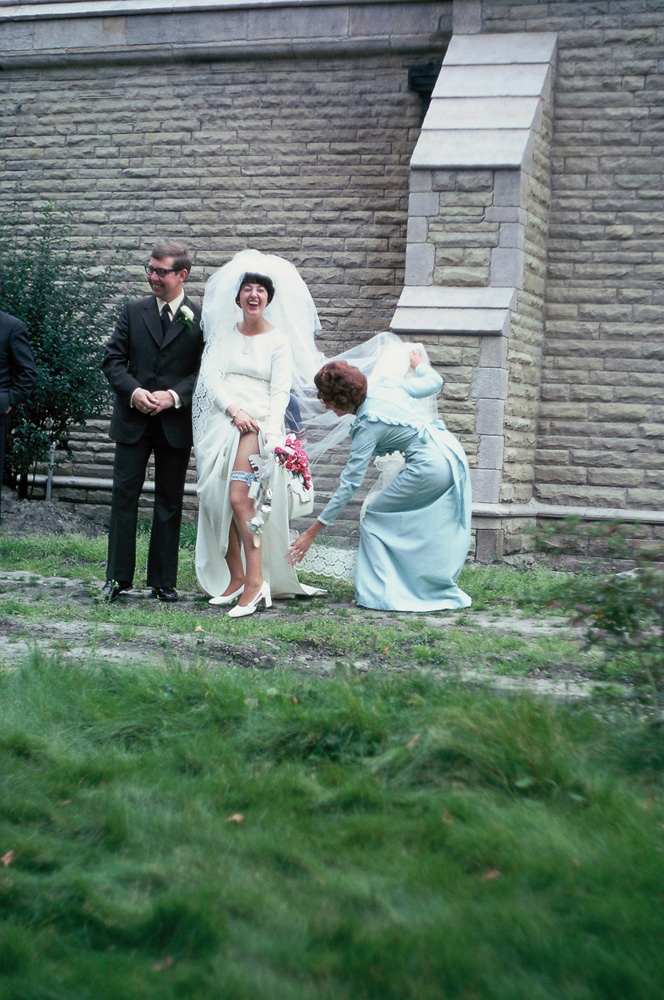 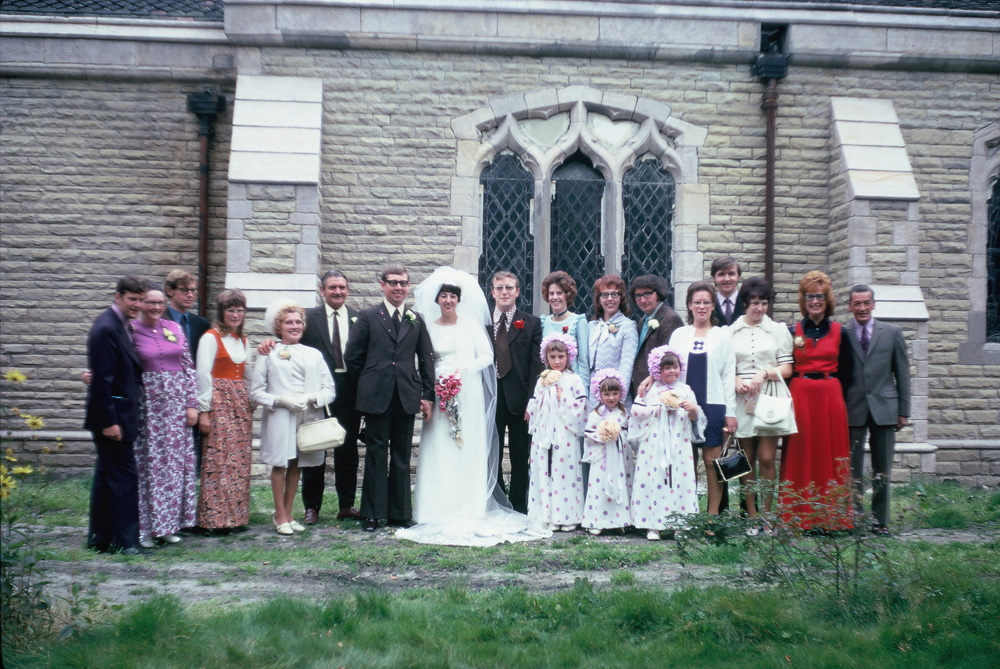 My Dad doesn’t have access to a CD drive, he’s not bad with technology and accesses the internet to check the football scores using a Samsung tablet that I bought him for his 70th birthday; but as this is unable to read CDs I decided to get a photo album made for them using a company called Artisan State who I occasionally use for photobooks & albums. I dropped it off for them this morning and they were absolutely thrilled, it clearly brought back so many memories; here’s a shot I took of my parents with their new wedding album.

I hope you’ve enjoyed this little story, it was something I just had to share. Your wedding photographs are an important record of your special day, their value will only ever increase as the years go by, in fact they will one day become priceless family heirlooms. Make sure you do your research thoroughly before you chose your photographer, don’t leave anything to chance and please please please don’t make your decision based on price alone. You (generally) get what you pay for!

Please get in touch if you are getting married, I’m almost fully booked for 2016 and I am now taking bookings for 2017; I’d love to speak to you and I promise you won’t have to wait 43 years for your photos! 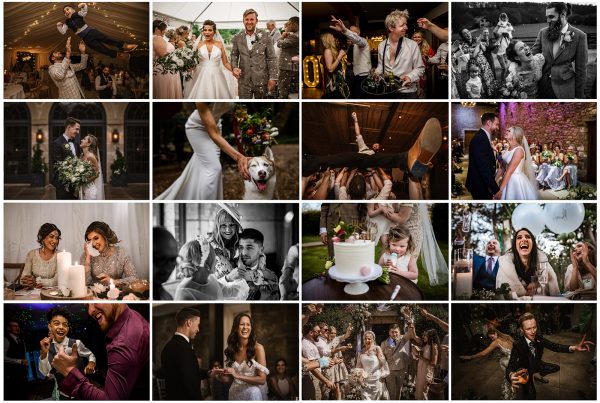 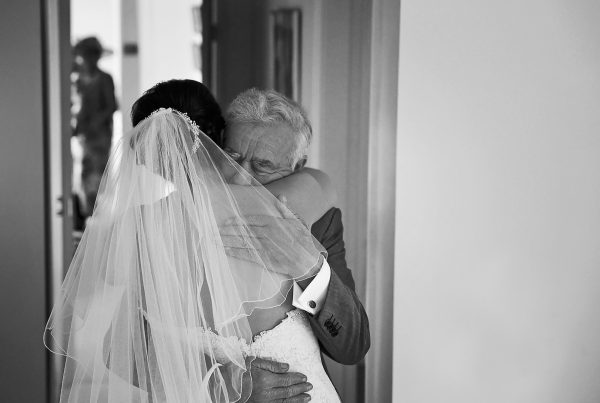 The True Value of Wedding Photography 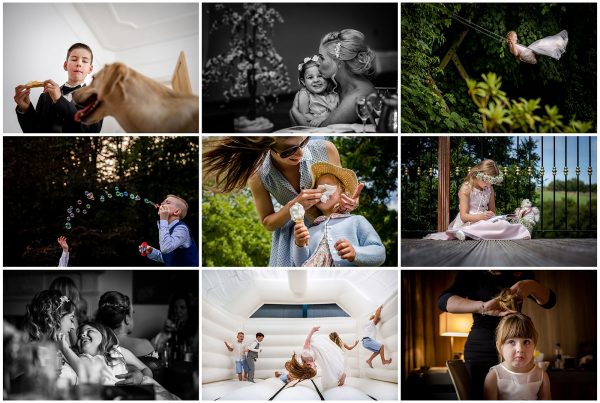