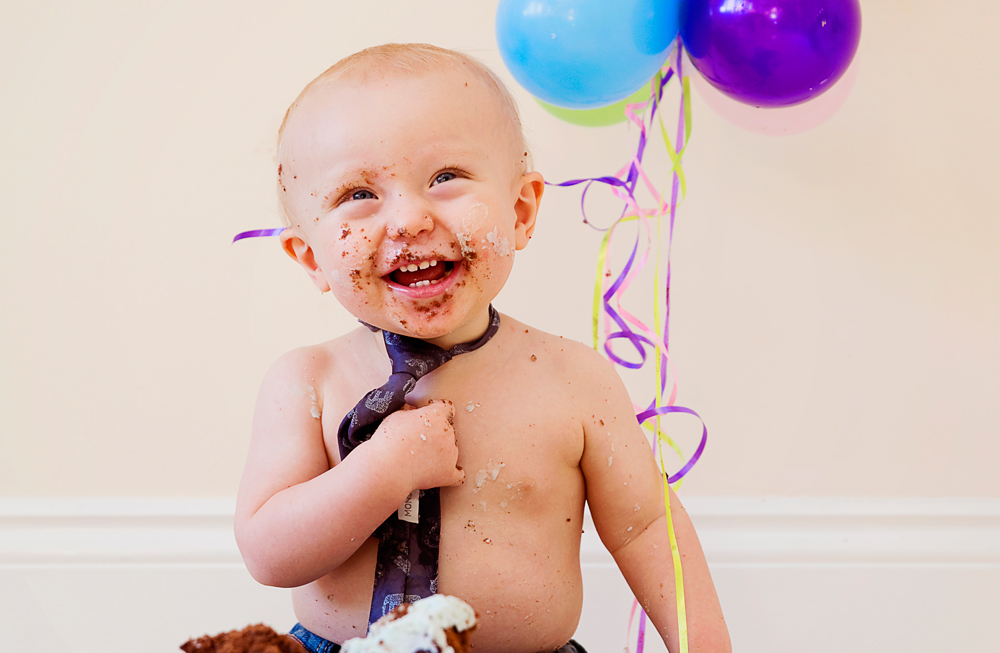 This is so much fun and things can get a little messy, but who cares when you end up with images like these?! Young Noah contacted me a few weeks ago as he wanted to do something a little different to mark his first birthday, he explained that his Mummy and Daddy had arranged a party for him and whilst he was very excited about having his friends round to celebrate his birthday, he said he wanted to do something really fun and messy before his guests arrived.

So, with the help of Noah’s Mummy and Daddy a first birthday cake smash was arranged for him. His Auntie baked a beautiful cake for Noah to smash to pieces, his Mummy had bought him some balloons plus a new tie with little elephants on especially for the occasion and I was hired to photograph the event at his home in Manchester. Noah had an amazing time, you can see from the images below that he was initially a little bemused but after a while he got into the swing of things and made a right old mess which his Mamgu (Welsh for Grandma) ended up cleaning up. After Noah had bashed his cake his friends arrived and they continued with a big party!

Scroll down to watch the story unfold… 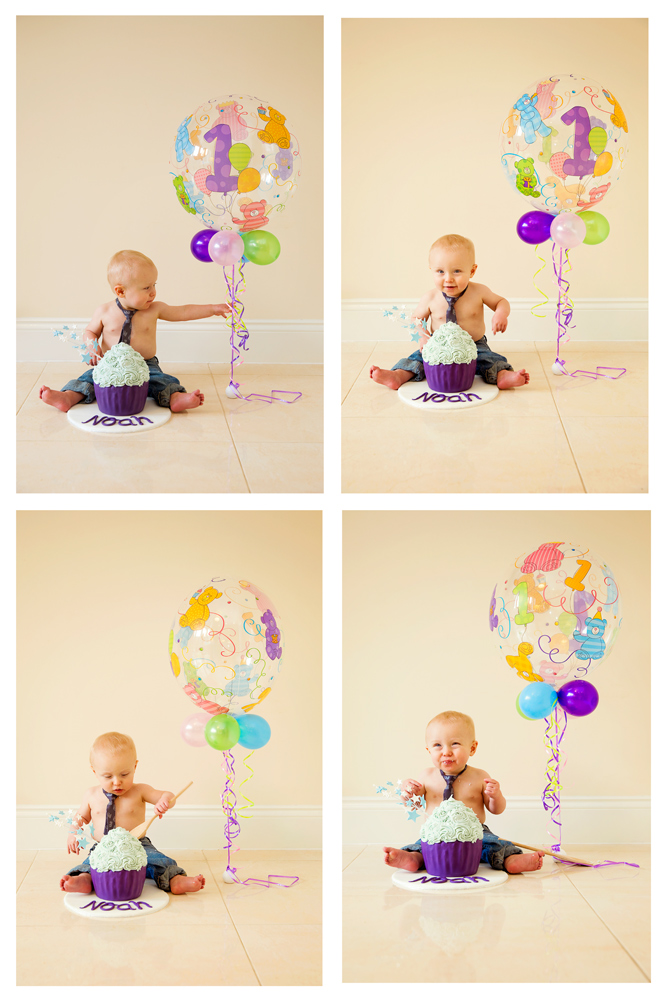 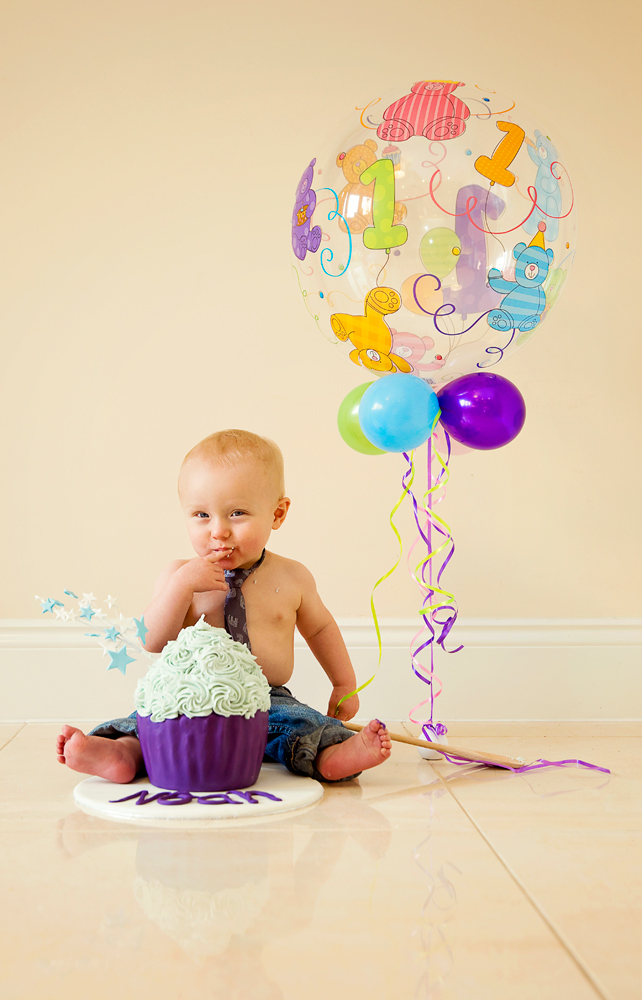 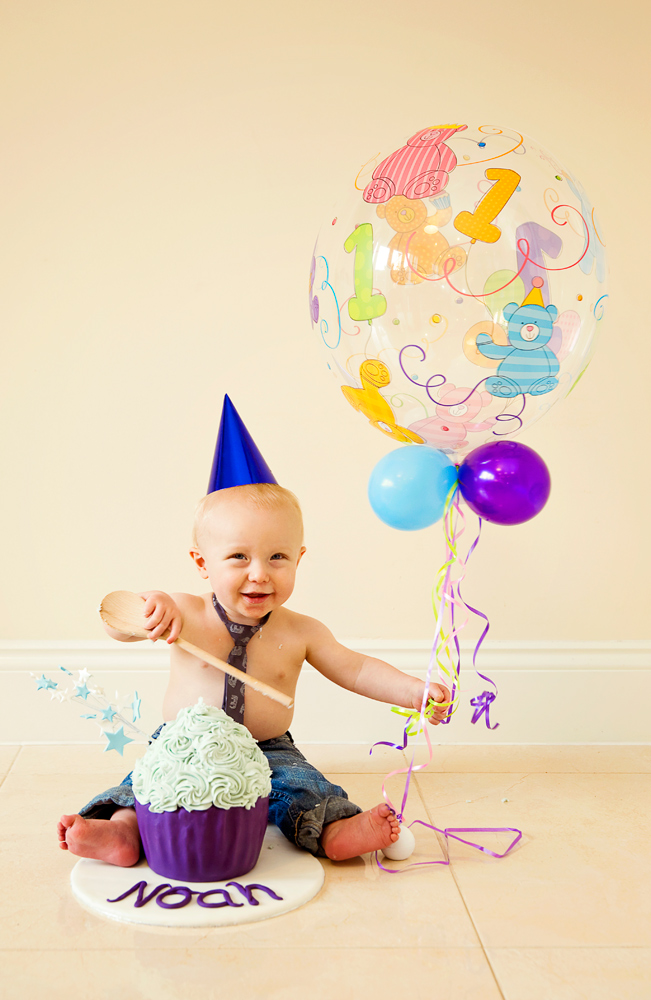 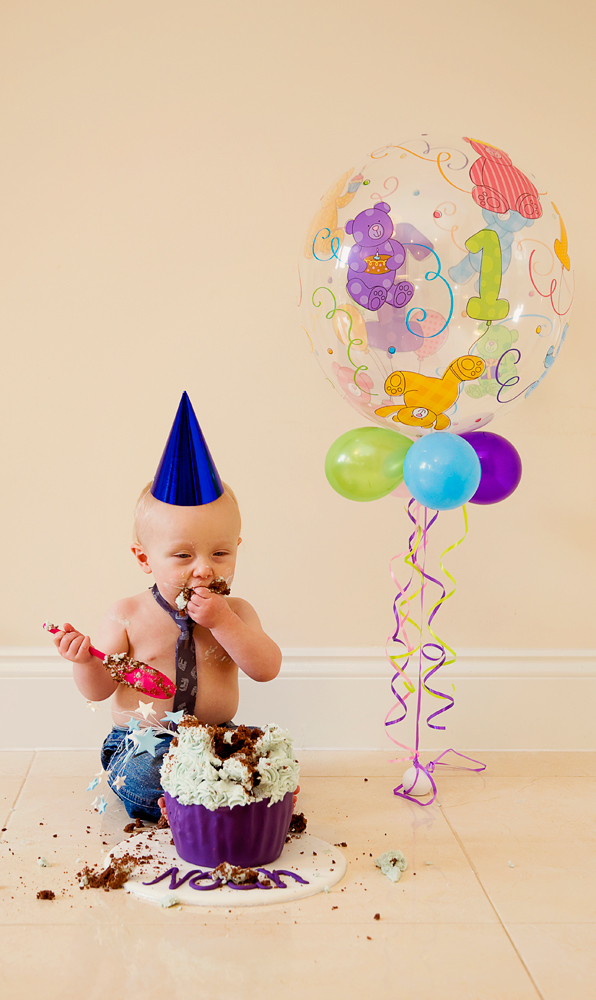 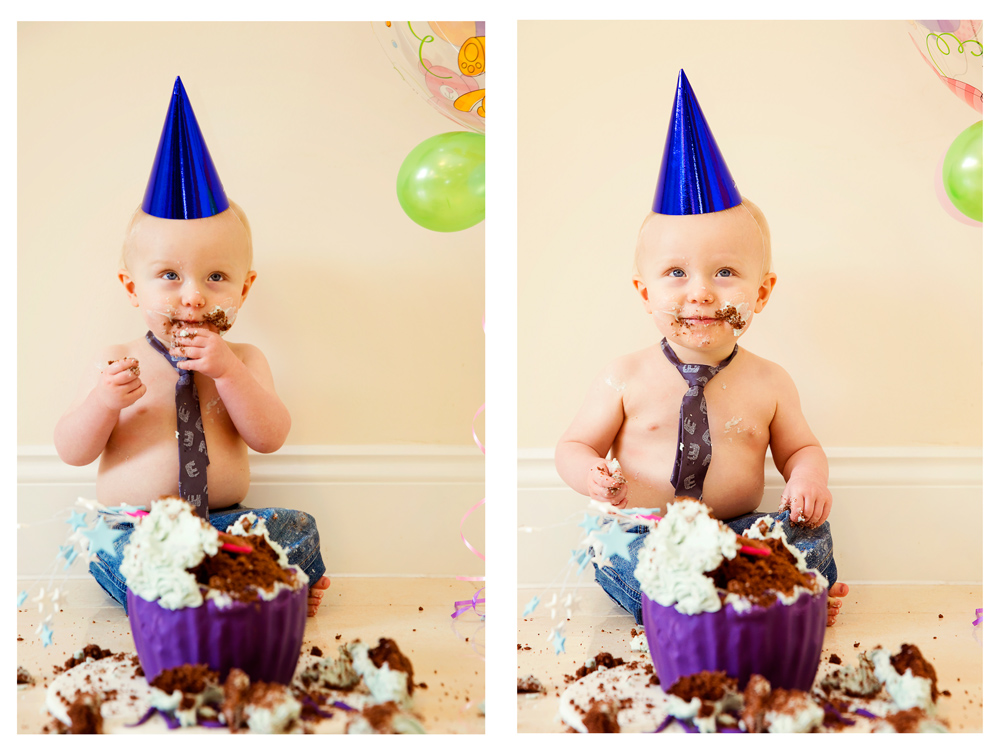 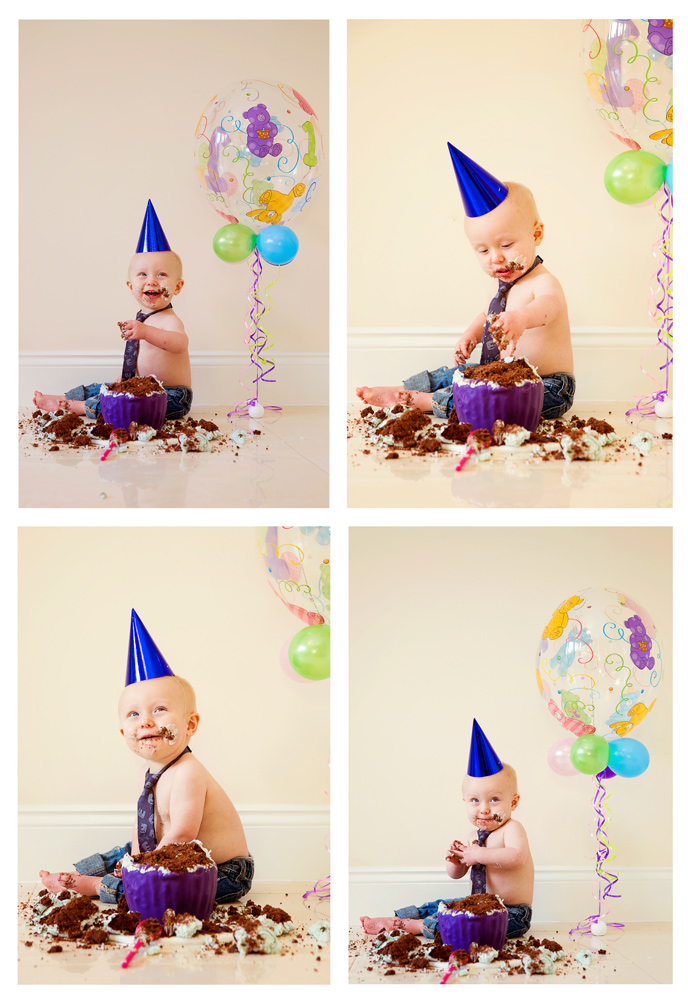 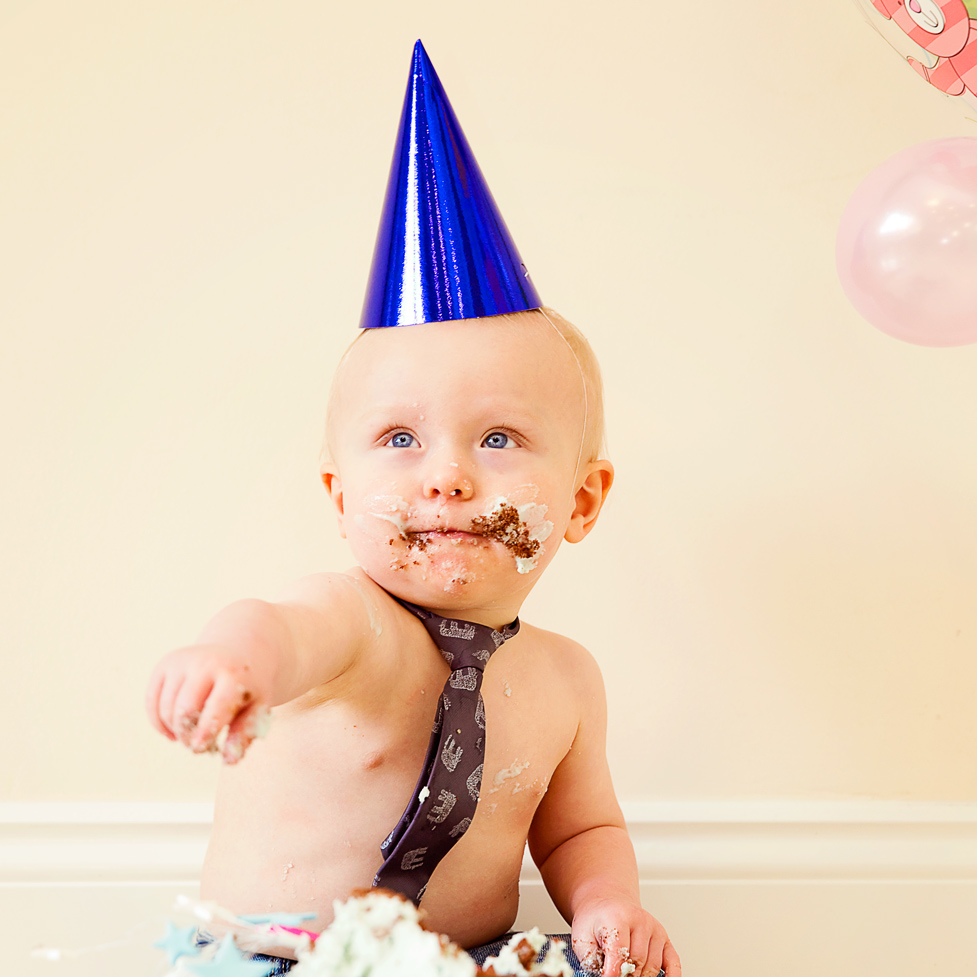 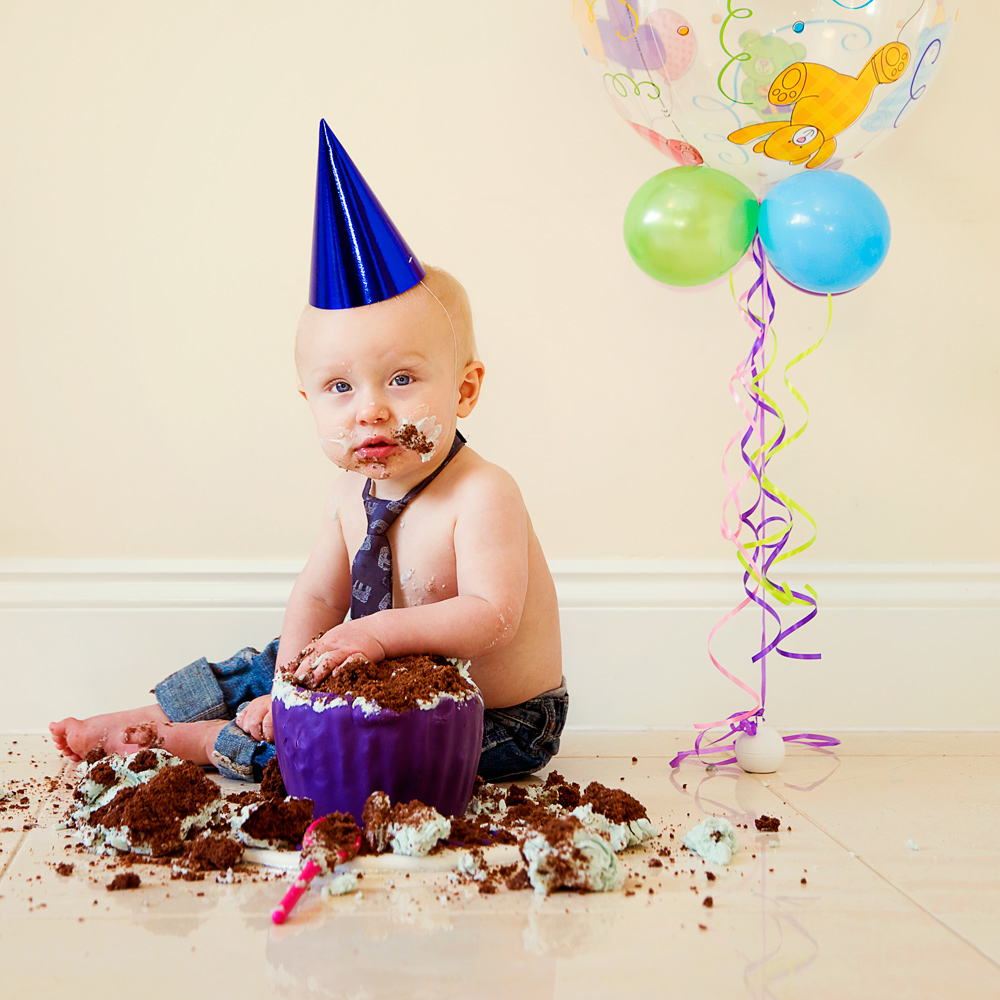 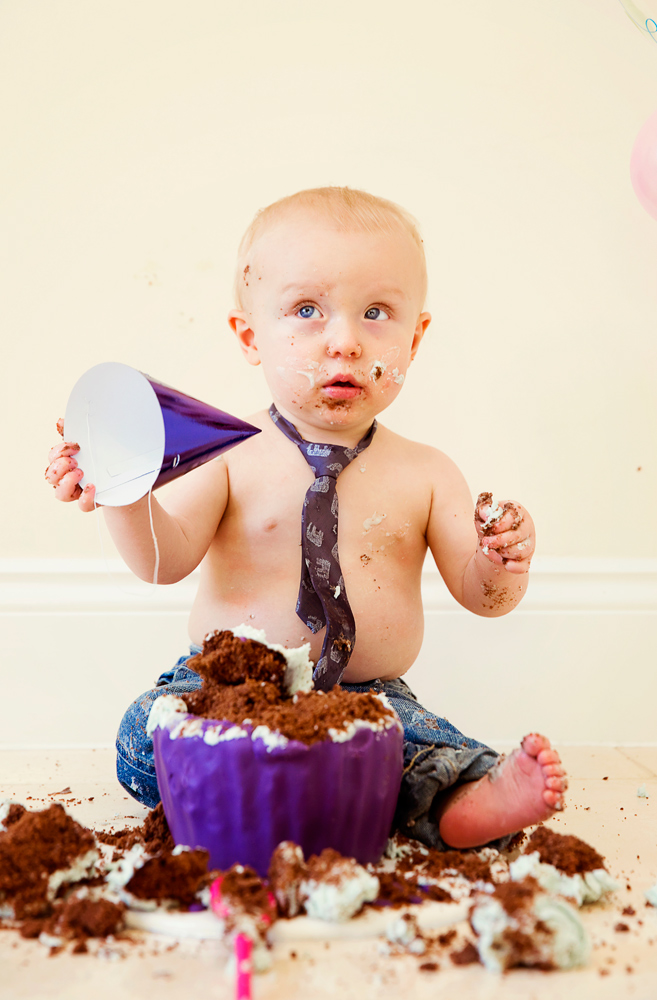 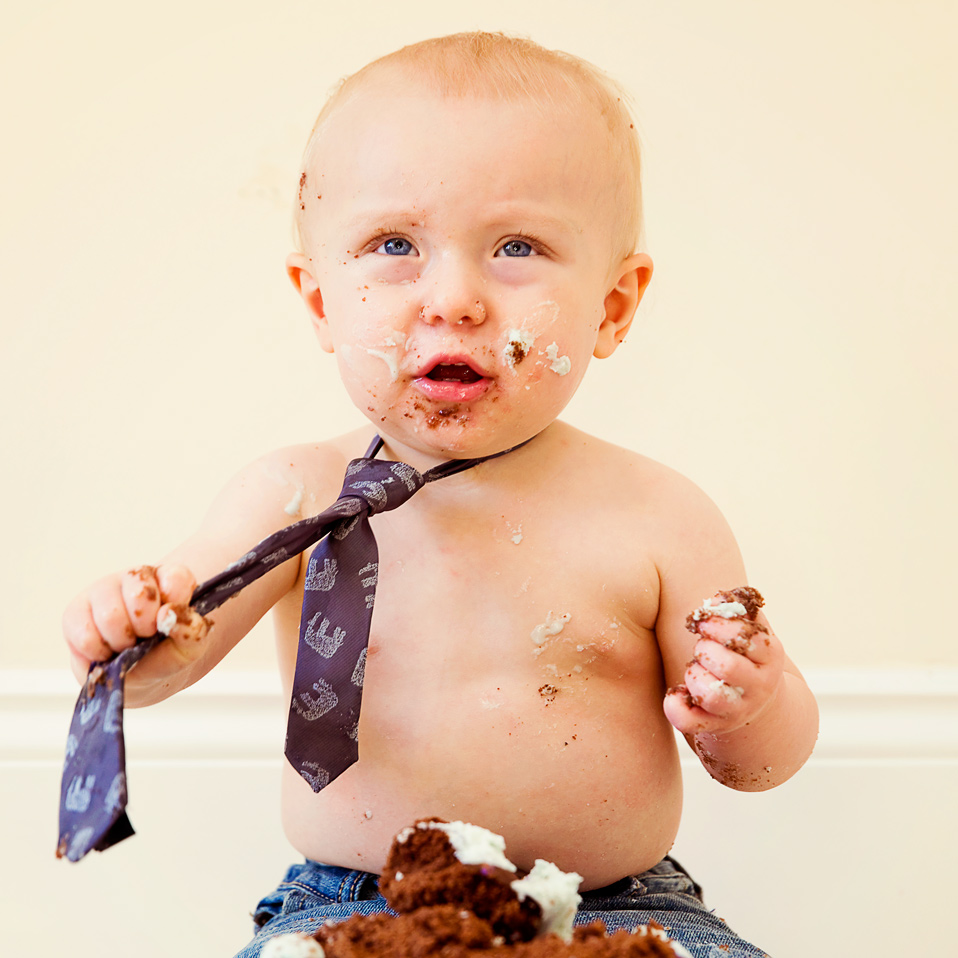 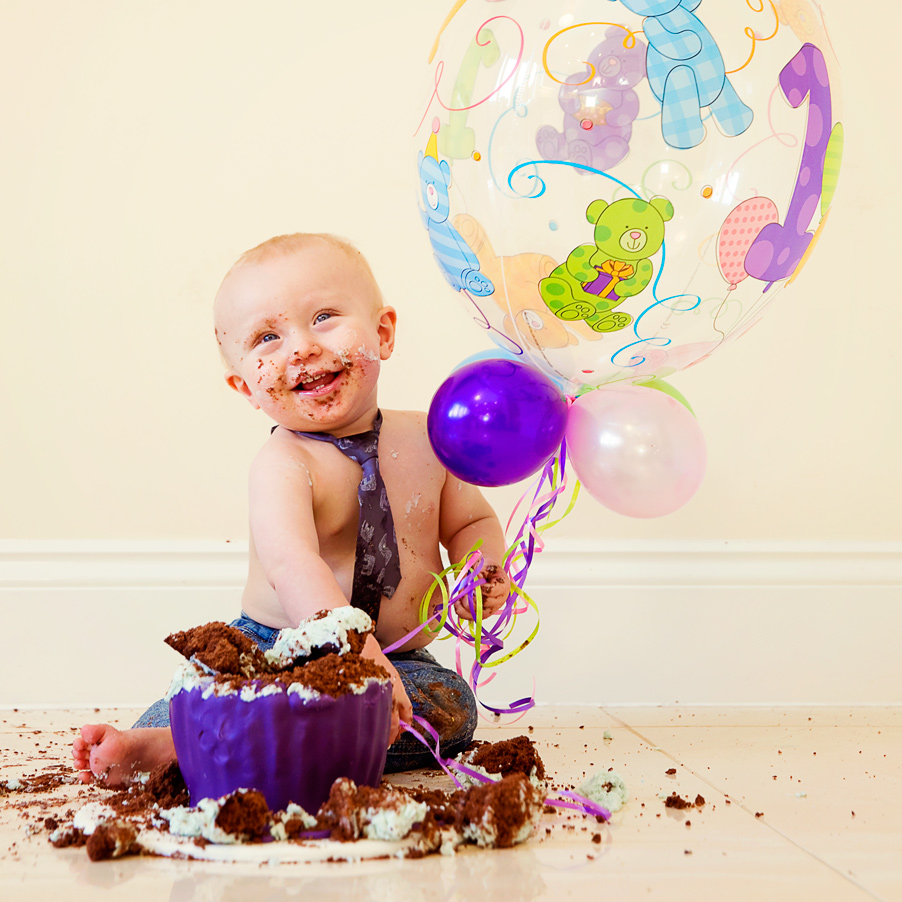 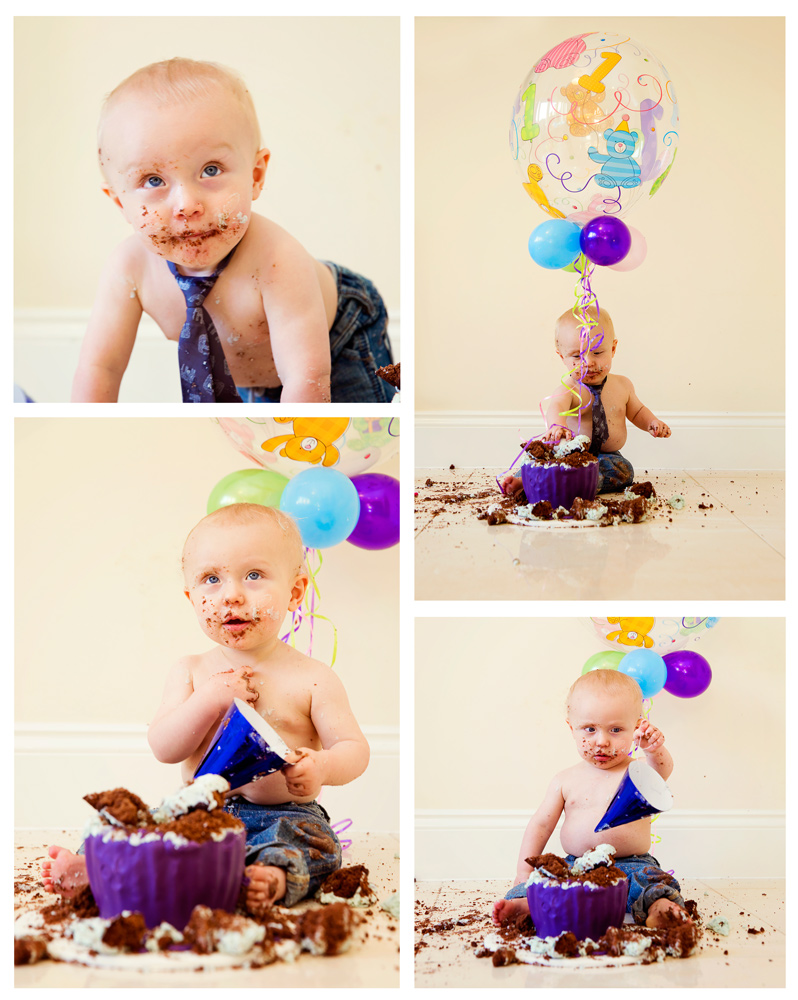 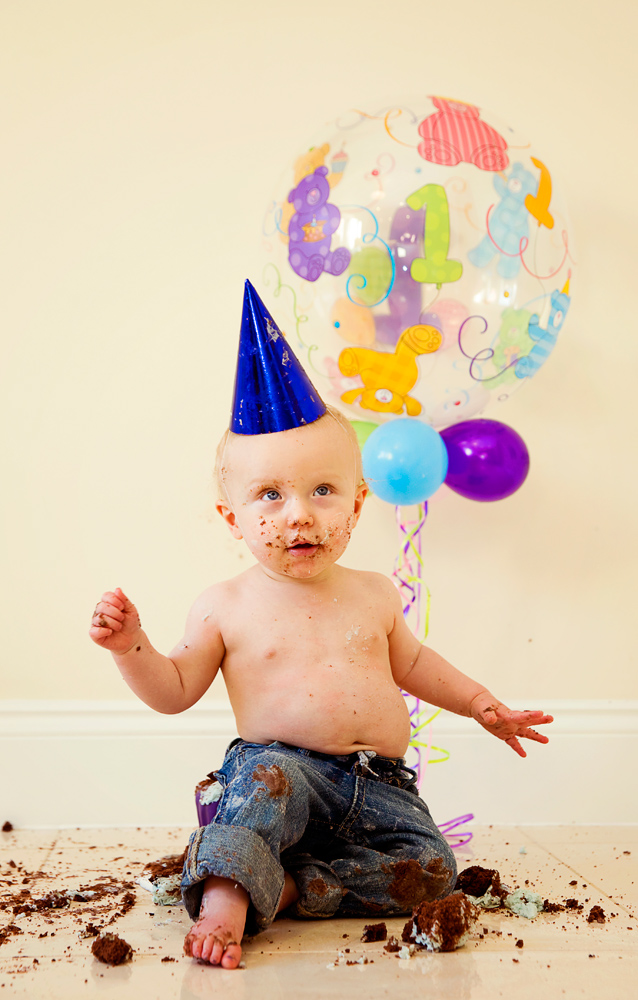 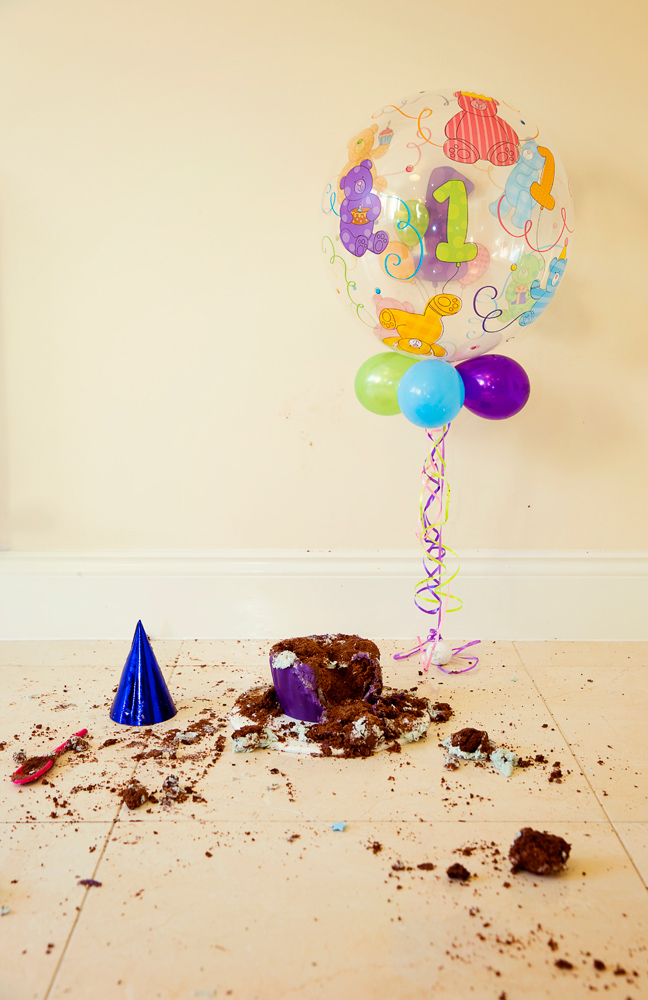 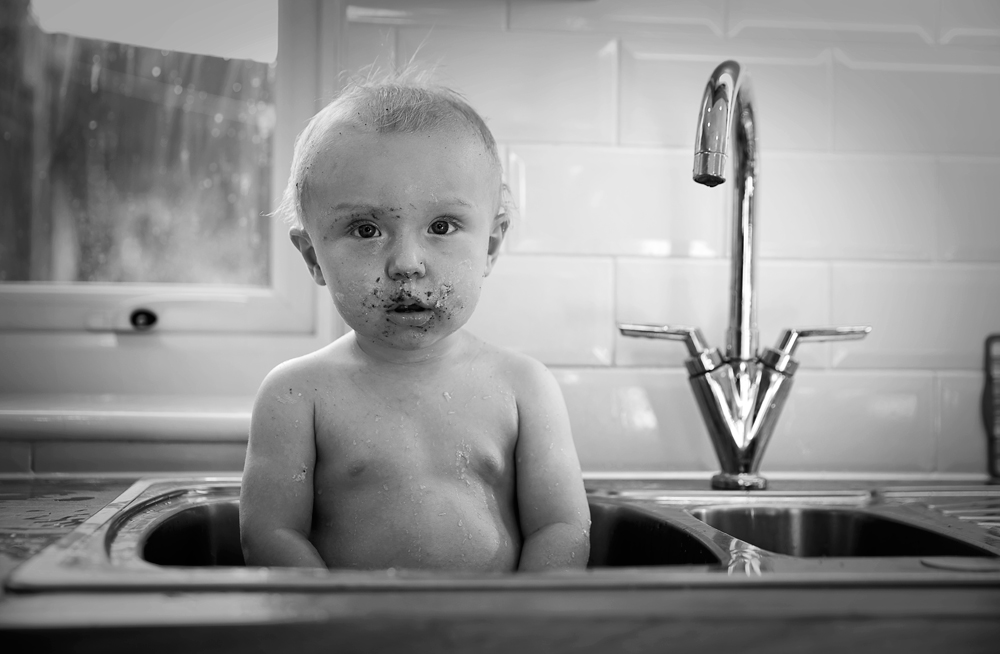 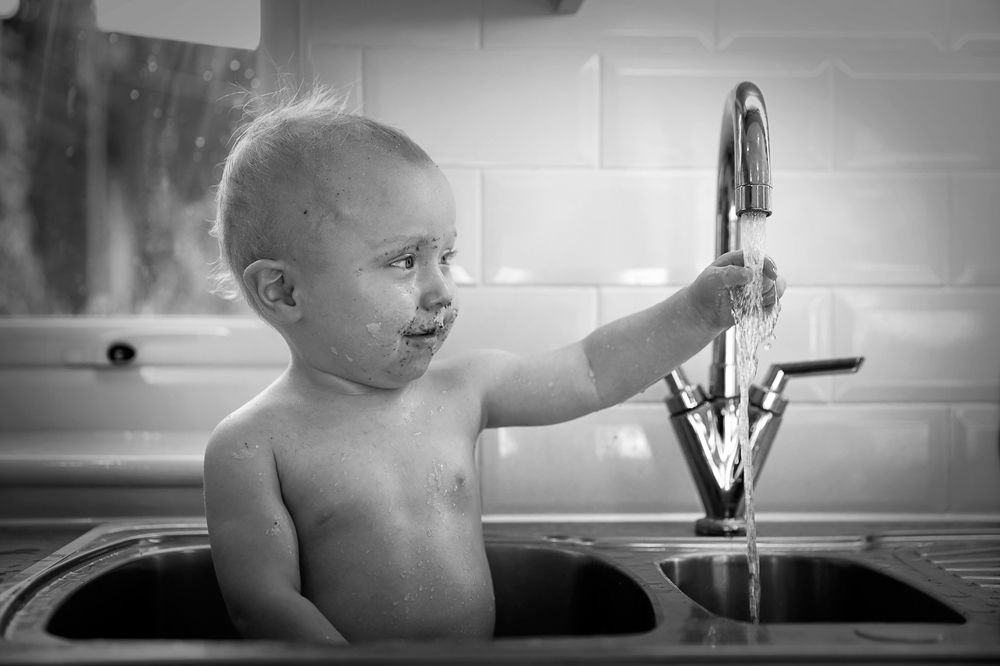 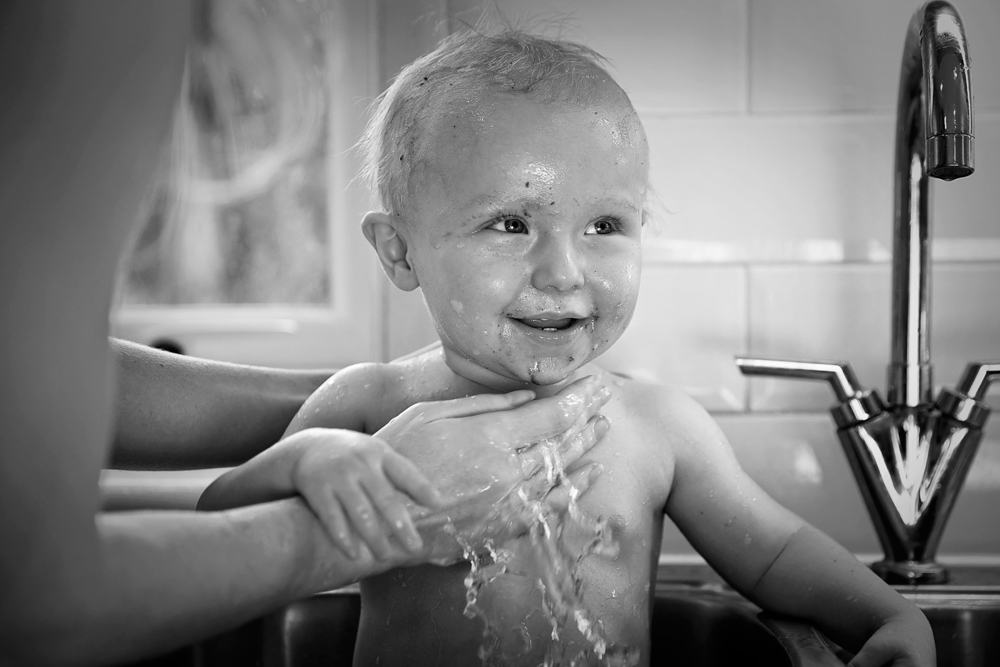 Noah’s Mummy kindly wrote me a lovely review on my Facebook business page:

Steve has done 2 photoshoots for me now and I would thoroughly recommend him. Absolutely amazing pictures and he makes everyone feel so relaxed. If I ever need a photographer for any event I will call on Steve! X

Thanks very much for the kind words, I really do appreciate them. I had loads of fun doing this shoot and Noah was a complete star!

If you want to book a first birthday cake smash for your child just get in touch; you can see more of my family photo shoots by clicking here.